Bicycle Gear Shifting: When And How To Use On Your Bike

What Is Bicycle Gear

Bicycle gearing is the collected number of sprockets at the rear with the number of chainrings at the front by which the relation between the cadence is controlled. It also controls the rider’s Padel and the rate of turning the wheel of a bicycle. There are some one-gear bicycles in which the gear ratio is fixed. But modern bicycles have multiple gears with multiple gear ratios. The gearing system is divided into three parts, that are high gear, median gear, and low gear.

When you are cycling downhill, the high gear will be more comfortable, cycling on a flat road, the median gear will suit you, and finally, the low gear will be better for cycling uphill. For a different style of cycling prefers different gear ratios and gear ranges.

Some Different Types Of Gear

There have different types of gear on different cycles. Standard Double, Triple, Compact, SRAM Axs are four types of gear. The Standard Double gear is included with two chainrings at the front paired with up to 11 sprockets at the rear. For the inner ring, the common gear ratios are 39t or 42t and for the outer is 52t or 53t. Usually, the preferred choice for racing is this standard double set-up that offers the largest chainring sizes and more comfortable for keeping you pedaling smoothly when speeds are high.

The gear that has three chainrings is known as the triple type of gear, and it brings the possibility of adding a much smaller gear option. This gear is paired with a large ratio rear cassette that is usually 30t or smaller. This type of gear can provide a shallow gear for use on steep climbs. The triple gear type is the preferred choice for the riders looking for a ‘bail-out’ option to ride in very hilly regions. The compact type is very similar to the double set-up but smaller than it.

Both chainrings are usually reduced in size, 34t or 36inner, and paired with a 48t or 50touter by reducing the gear ratio across the range. This compact gear type allows fast descending. At last, come to the SRAM Axis. The SRAM Axs type gear was launched in 2019. This type of gear prefers smaller chainrings and available in 50/37T, 48/35T, and 46/33T options. This gear is easier to push.

Bicycle gear makes the ride easier and faster. Many bikes have multiple gears that are two or three chainrings up next to your pedals and up to 11 cogs on your back wheel. The size of gears determines how many times the rear wheel turns. The smaller chainring of your bike has 25 teeth that a 1:1 gear ratio. Naturally, by sliding the shifter on the handlebars, the bicycle’s gear works involved Downshifting and Upshifting. Going to a lower gear is called Downshifting, and going to a higher gear is called Upshifting. The process of bicycle gear shifting is described below. You have to use your left shifter to shift onto a different chainring/gear upfront. The right shifter is used for shifting one of the rear gears and how you’ll shift most often. You have to pedal lightly while using the shifter for smoother shifting, but it won’t be the back-pedal. You must shift into a harder gear if there isn’t enough resistance, and you’re pedaling too fast. Then you will also go faster. But if your pedaling rate is too slow so that it’s hard to turn over the pedals, then you should not be afraid to shift into an easier gear.

When riding at a more efficient cadence anyway, that will be better for you. Moving the chain closer to the bike makes it easier, and moving the chain away from the bike makes you faster is also the way for thinking not only in the front but also in the back. When you practice it regularly, it will be perfect. See how it feels to ride in different gears and play around with shifting.

The Language of Bicycle Gear

The bicycle gear language includes Chainring, Cassette, Block, Derailleurs, Sprocket, Ratio, Teeth, Drivetrain, Cadence, STI lever, Ergo lever, Double Tap lever, etc. The chainring is attached to the crank and toothed ring at the front end of the drivetrain. The cassette is the cluster of sprockets at the rear of the drivetrain that contains up to 11 gears of various sizes. Block means another term for the rear sprockets group, but it refers to the older and screw-on freewheel. Front and rear Derailleurs are the things that work for moving the chain from one sprocket to the next.

Teeth describe how many a given sprocket has. The drivetrain is also known as a chain that is a term grouping together all the moving parts. Cadence means pedaling speed that is generally expressed in RPM. The full form of STI is Shimano Total Integration, a term for Shimano’s design combining brake and shift levers for road bikes. Double Tap lever is in terms of shifter technology and uses the same lever for upshifts and downshifts. The Language of Bicycle Gear

The gear system is the most important part of a bicycle. The above discussion refers to the bicycle’s gear system. For completing this whole article, some important information was taken from a famous website. Though the information I have added may not be 100% right. If there has any wrong data, please inform us of the right one by adding your valuable comment in the comment box below. Stay with us for any next update. Select Best Bike For Women: What To Do? 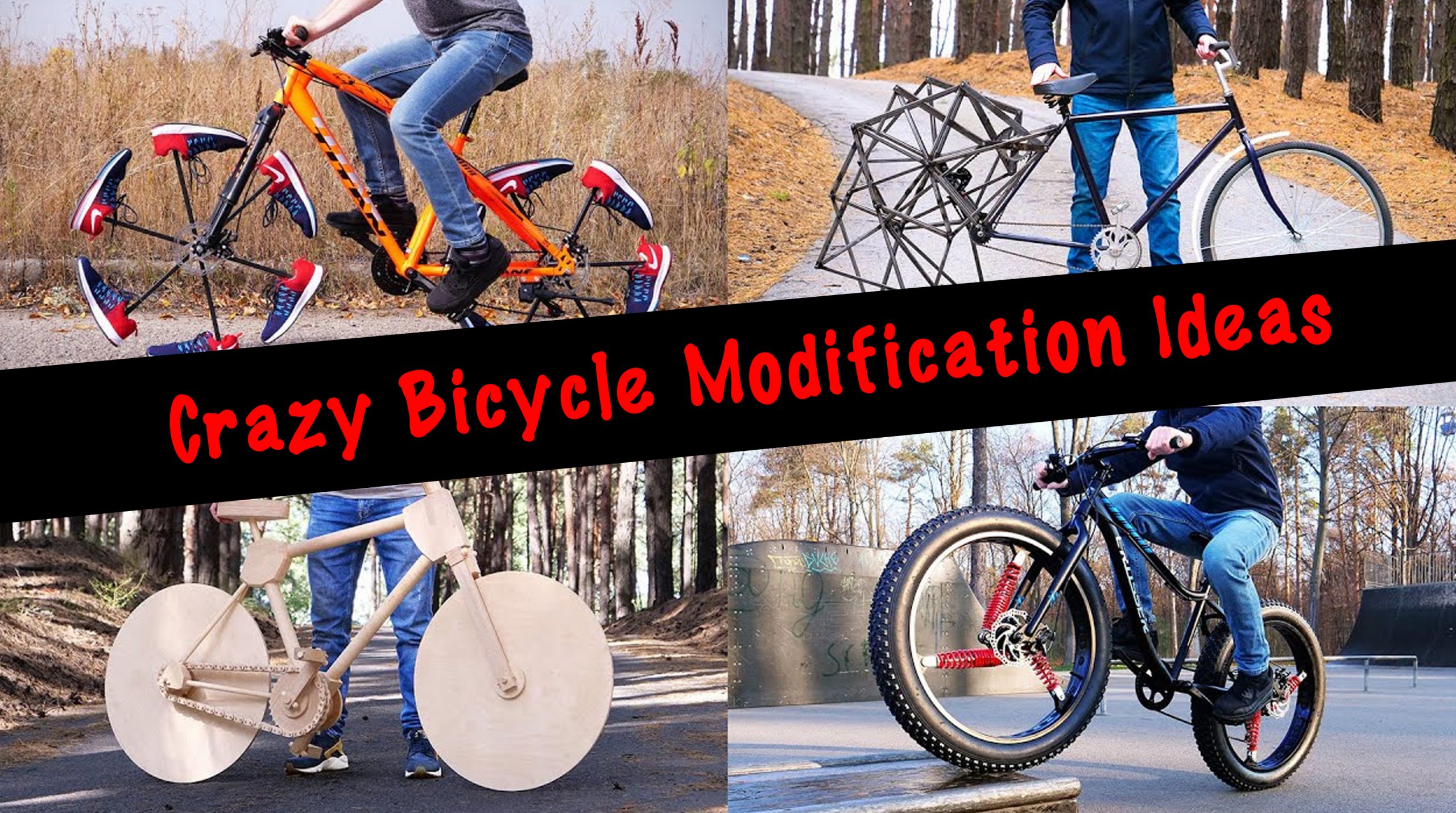 Crazy Bicycle Modification Ideas That You Might Need To Know